Lady Gaga and Polaroid's upcoming Grey Label Camera Glasses can record video and snap pictures, but who really wants to show the world what they're up too on those mini LCD screens? It's nothing more than a fancy gimmick between a pop star and a failing company. Isn't the intention of camera glasses to capture things around you as they are? Drawing attention to yourself with clunky video-displaying eyewear kind of defeats the purpose, but that's why they're "fashion" glasses and not practical glasses.

For those of you looking for actual spy camera glasses to record the life around you as you see it, they're available from gadget stores and online shops everywhere. But there's only one problem— they themselves are clunky and unwearable without drawing attention to yourself, again defeating the purpose. But startup ZionEyez is changing that with their Kickstarter project Eyez. And that's not all—they're revolutionizing it with real time video streaming to popular social networking sites like LiveStream and possibly even Facebook and Twitter. 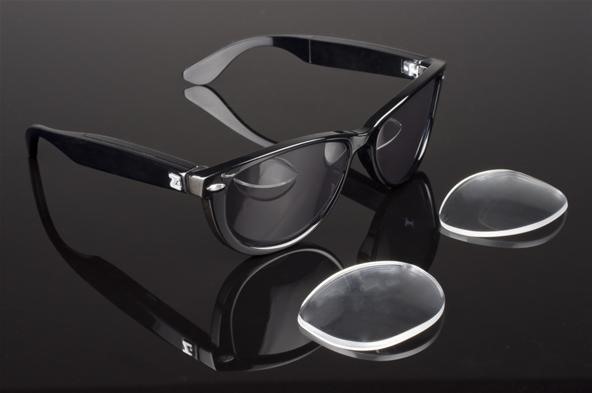 The sunglasses look like any other pair of sunglasses, but behind its deceiving appearance is a 720p HD camera embedded into the front upper frame. The on/off switch is hidden in plain sight as the ZionEyez logo and an HQ microphone is slyly placed in the temple arm—completely unnoticeable. There's a Micro USB charging and data transfer port located on the arm, 8GB of flash memory, and a 350 mAh lithium ion battery all hidden within the frame.

It's Blutooth and Wi-Fi capable for instant media transfers to computers and most iPhone and Android devices. And with the Eyez mobile app, you can instantly broadcast the video footage in real time to your favorite social networking sites. This makes it similar to the Gaga Glasses, since you are displaying a video view of what you see, only you control who sees it rather than getting creepy looks from passersby on the streets. 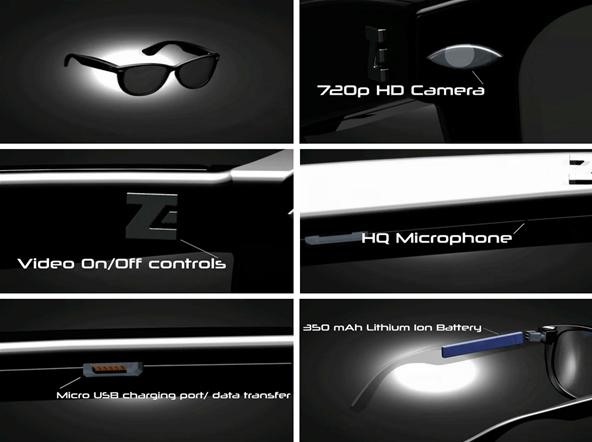