Flying orbs. At first, you might think of the Tall Man and his army of flying sentinel spheres, equipped with zombie brains and a mini-arsenal of saw blades, drill bits and shooting lasers. But these flying orbs weren't conceived from the evil mind of a superhuman mortician—they were designed by Fumiyuki Sato, a researcher at the Japanese Defense Ministry's Technical Research and Development Institute—for something other than deadly deeds.

They're calling it the Futuristic Circular Flying Object (a temporary name, hopefully). It's a bit larger than the destructive little orbs from the Phantasm movies, at about the size of a basketball, and instead of setting its sights on death, they're intended for the exact opposite—life, or more specifically—search and rescue operations. 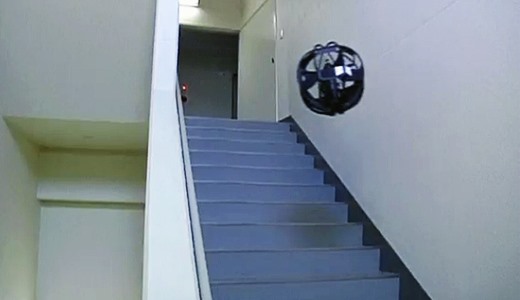 The radio-controlled black spheres are meant to fly in and out of structures weakened by earthquakes and other natural (or unnatural) disasters. It's equipped with an on-board camera that transmits live video footage back to the person controlling it, and boasts eight maneuverable rudders, sixteen spoilers and three gyro-sensors powered by lithium batteries. The frame is made from lightweight carbon fiber and styrene components, with a total weight of 12.3 ounces. 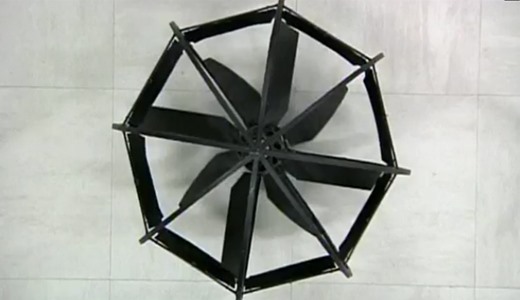 The most amazing part? It can hover for up to eight minutes and fly as fast as 37 miles per hour while emitting just a super soft hum. Also, its spherical shape allows it to land safely on the ground in any position (great for when the batteries run out) and tumble around dangerous debris.

"When fully developed, it can be used at disaster sites, or anti-terrorism operations or urban warfare," Sato said.

Sato invented and built this amazing flying sphere for less than $1,400, all from parts at a local consumer electronics store. What does that mean? That anyone with a little know-how can build something like this.

Here's some earlier footage of the device from a Japanese news show, along with a test video.

looks like those things that buzz around half life 2 and take your picture.

Haha, "Top Gun" music playing in the background of the Japanese video!

This is great! He should make the rudders our of lightweight solar panels to extend battery life and so that if the UAV's battery dies, it can charge itself without retrieval.

It looks like the Jedi training ball Luke used. I'm sure someone else has thought of that though.